Some Side Stories about the Civic Chorale (III)

This story is about Kenton Coe, an internationally- known composer, who came to live in Johnson City and was active in many aspects of the arts and music in the city. The Civic Chorale performed some of his works and I am giving you one example below. The top picture appeared on the cover of our concert program. You can see that "The Light in This Room" was the featured part of the concert. It was written by Kenton Coe and performed on October 19, 1986 by the Chorale. The complete program for the concert is in the second picture below; the chorale performed Coe's piece after the intermission. The third picture contains the Notes by Kenton Coe concerning the music. 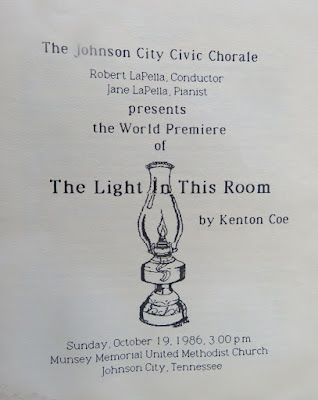 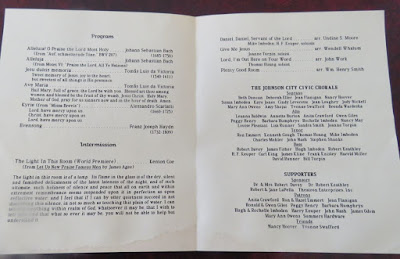 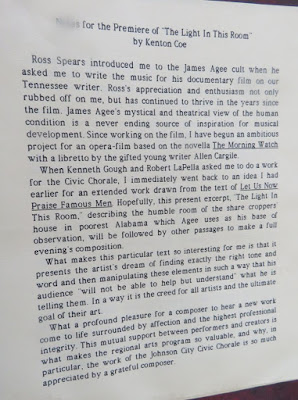