It was a very routine activity for our family to take some pictures in preparation for the coming Christmas card exchange with all our family and friends. Every year, it was usually a bother for our kids to endure the dressing up and posing in various positions for a time-consuming and troublesome few hours. It was much easier this year, as we had a picture taken on the Great Wall of China. It was certainly the most significant picture of our family and it was very natural to use it for our 1981 Christmas cards. Here it is:

Every year, we exchange quite a number of pictures with our relatives and friends. Some we can still recognize today but for many we cannot even identify which family they belong to! Children grow up and it is hard to follow them from afar as they change. We have no problem, however, identifying the following two who are the children of close friends. Their mother was Janice's best friend in college and her roommate for three years. 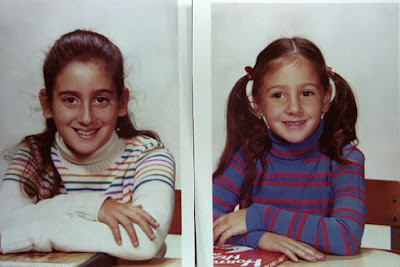 It took me a while to recognize the next two children. Their parents moved to Canada from Johnson City when they were very young!!! The young lady was the one we took back to Johnson City from Taiwan in 1975, when she was only two years old! She had spent a couple of years with grandparents while her mother was in school in the U.S. 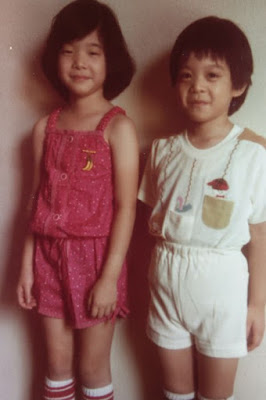