We had round trip tickets from Urbana to Taiwan. After stopping at Dean and Maria’s place in Urbana, we officially moved into our new apartment at 340 Grosvenor Street, which was located quite close to the Chemistry and Physics building on the University of Kentucky campus. We  lived there only one year. It was a duplex, with the second apartment upstairs. We had the whole downstairs with two bedrooms. Dean and Maria helped us to move some stuff in, including the brick bookcase I had made in Illinois. We have carried this bookcase to every place we have lived since it was made. It became one of the constants in our life. Some bricks are in the picture below, before the bookcase was assembled. 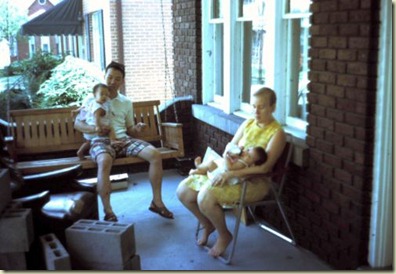 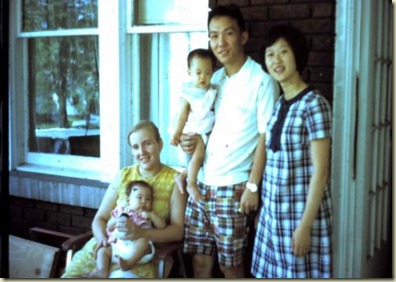