The Sgt Robert G Reynolds Incident occurred on March 20th, 1957. It was called in Chinese the Liu Zi-Run Incident (刘自然事件). The official story was quite simple. Sgt Reynolds killed Mr. Liu in the front of his yard sometime after 11pm. Reynolds said that Liu was watching his wife taking a bath, so he went out to check. Liu had an iron stick in his hand, so Reynolds fired his pistol and killed Liu. On the 23rd, in May, 1957, the US military court announced that Reynolds was innocent because of the lack of evidence. The US military flew Sgt. Reynolds home immediately. On the 24th, crowds gathered in front of the US Embassy. Liu's wife, who had come to the US Embassy compound to complain and who had been kept outside the door for three days, was crying and complaining about the injustice of the whole affair. By 2pm the general mob outside the door was so agitated that they started to throw rocks and glass and they finally broke the outside door and ransacked the building. The US Embassy US Information Office Building was destroyed in no time. It turned out that Liu was a colonel in the Chinese Army. Reynolds and Liu knew each other; they might even have had some business together. Neither government would admit any fact about their relationship. Chiang's government was forced to apologize in the end for the breakage of the Embassy Compound US Information Building, a situation which made him a laughing stock in the world as a US "running dog"!

The morning of the 24th accidently, was a day to test the City-wide alarm system. At 8am, the sirens were loudly testing everywhere in Taipei City. All traffic was temporarily stopped; the first class at school was also postponed. My classmates were all talking about how unfair the decision was about letting the American go free and shipping him out immediately. As the student government president, I called the whole student body out to the field to report the recent news to them. We all decided that we must go out to do some demonstration. With the encouragement from teachers, especially one English teacher, see picture below, we decided that we would go out to make a statement that afternoon in front of American Embassy. While the students were making their preparations, such as making English signs and preparing the routes, I was called to the President's Office. The president wanted me to represent the School at a meeting of the "Saving the Country" group, which had been organized as a semi-official response. When I got to the meeting, I found out that the Embassy was already surrounded with plenty of demonstrators. Thus the meeting was cancelled. Clearly, they would not want to repeat the efforts which had already resulted in the desired result. When I got back to School, a group of Cheng-Kong students had already climbed the wall and gone out to demonstrate. I was locked in the president's office for the rest of that day.

More than one hundred people were arrested during this 5/24 Incident; three people were killed and 40 people put in jail. 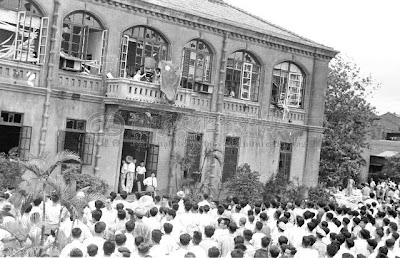 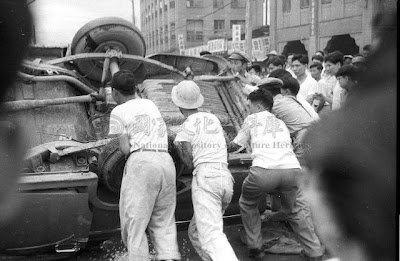 Some cars were turned over. 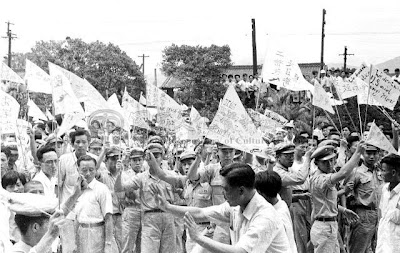 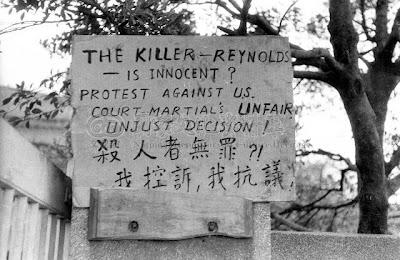 I know that our Cheng-Kung students did not make this sign. 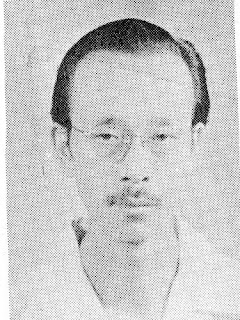 Mr. Lu Yue, the English teacher who translated all the signs into right English for students demonstrators!
Posted by Just having FUN at 5:17 PM